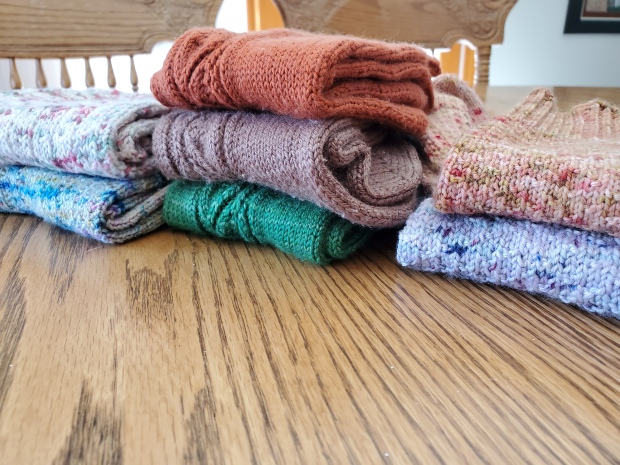 I haven’t written a blog post in what feels like a million years. In actuality, it’s probably been about 3. In the last few years, my life has changed in several ways. I got a new job, and lost it after 3 months due to budget cuts, then got the job I am currently in, moved home, quit grad school (long story), paid of my student debt, and so on.

Probably one of the most significant things that happened to me was towards the tail end of 2017, when I experienced a serious heartbreak. I was really sad for a while, but at some point between the heartbreak and moving home, I decided to channel some energy into making. As a result, I turned to something I hadn’t done since I was a sophomore in college: I knit something.

Fast-forward to 2019 and 2020, I am still knitting, and really quite obsessed with knitting socks. And I would like to write some knitting content, so why not here and why not now?

There are several sock patterns I have knit a couple times over, and likely will knit more of these patterns in the future. I’d love to tell you more about them! 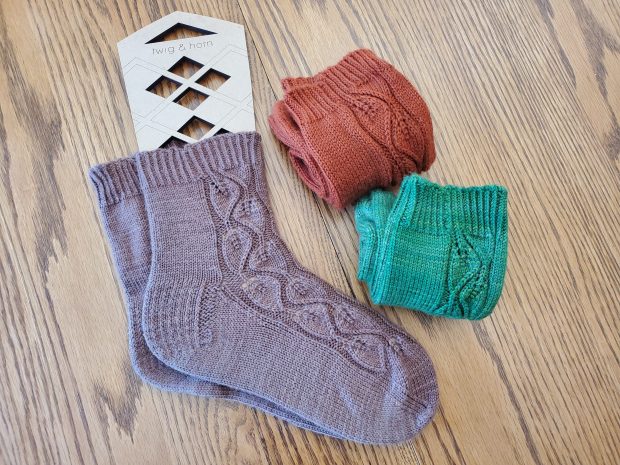 Woodland Walk by this handmade life – 4 pairs knit so far

These socks were one of the first pairs (technically, the third, I think) of socks that I ever knit, and they covered a couple of other firsts for me as well: they were my first lace knitting pattern, and they were also my first charted knitting pattern. I started and frogged and started over multiple times on my first attempt, a pair that I knit in a beautiful, inviting brown color from Sweet Georgia. The lacy leaf pattern is fun enough that I have since knit 3 other pairs, and still hope to knit more (I won’t lie–I would love these socks in as many different colors as leaves come in! And I jam due for a green pair for myself).

Additionally, this pattern is free on Ravelry! 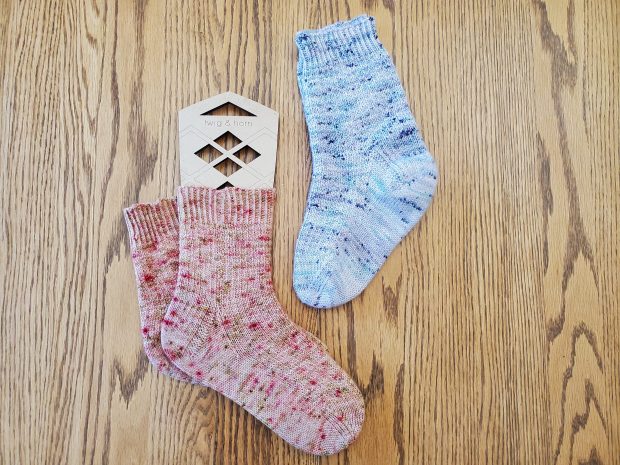 This is a very popular (and free!) pattern on Ravelry, and named for the beloved character of Hermione Granger from Harry Potter. This is a great pattern for people who are beginners to knitting socks but want to advance beyond vanilla knitting. It is also a great pattern for knitters who love texture, as it is a simple pattern, but that texture is delicious and looks fantastic on all kinds and colors of yarn. I knit my first pair in a wonderful orange speckled yarn from Leading Men Fiber Arts while I was laid up with scarlet fever in 2019. I love this pattern for speckled yarn, and will likely knit more when I see a colorway that calls this pattern’s name. 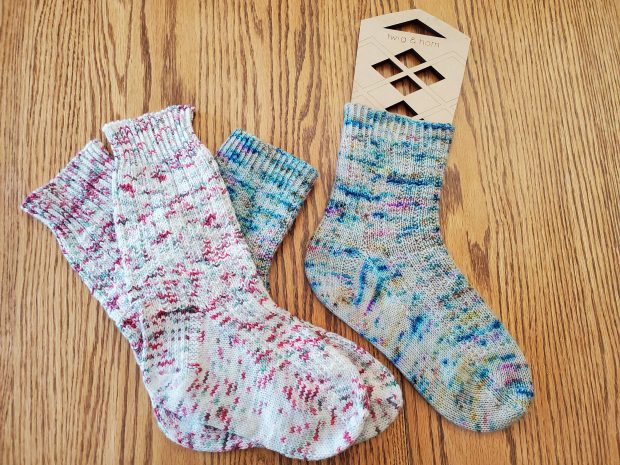 For those who love texture (and I most certainly do), this is a great pattern as well. The pattern is, again, pretty simple, but knits up very nicely. The pattern is $3 on Ravelry, so it is not free, but enjoyable. I used my first-ever skein of Hedgehog Fiber Arts yarn (in a beautiful colorway called “Deja Vu”) to knit it and it was very satisfying, and the results were beautiful!

Are there any knitting patterns you have revisited because you enjoy them so much? Comment below!