On Superbowl Sunday I schlepped back to my hometown for a Relay for Life fundraiser at Steiny’s Restaurant. If you watch my videos on YouTube, you’ll know my friend Toni. Toni’s awesome. Her mother-in-law founded the Shelby Township chapter of Relay for Life and organized the event.

If you’re not familiar with the name, Relay for Life is a fundraiser for the American Cancer Society (I say “a fundraiser” but it’s basically THE fundraiser because it’s what they’re known for). It’s staffed and coordinated by volunteers all over the country. It’s a 24-hour (or close to that) cancer walk where team members take turn walking around a track or on a designated path. People come to the event to make a stand against cancer, to remember lost loved ones, honor cancer survivors, and to raise money for ACS, which helps people who have cancer.

Both Toni’s mother- and father-in-law are cancer survivors. This was the first year they’ve had this event at Steiny’s, but it’s the eleventh year overall of having this fundraiser (the last two were at a bar called Muldoon’s in downtown Utica). It gets better and better every year, and they raise more and more money every year.

Toni and her husband were kind enough to pay for my ticket in advance–it cost $35 to buy a ticket before the end of January, and it cost more to buy your ticket at the door (I paid them back at the event). They also had raffle items that you could buy tickets for. There is also a 50/50 raffle, in which you pay for tickets, and half of the proceeds go to ACS, and then you have the chance to win the other half. 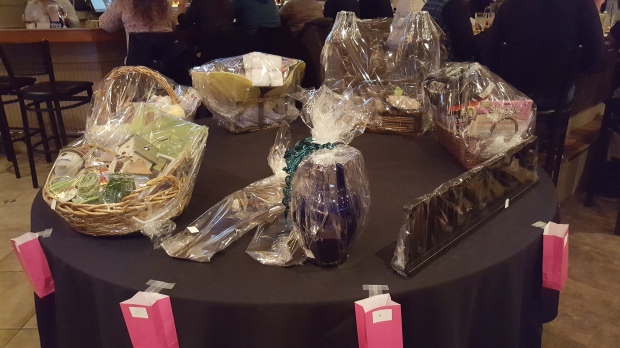 The event had a very good turnout, if I do say so myself. 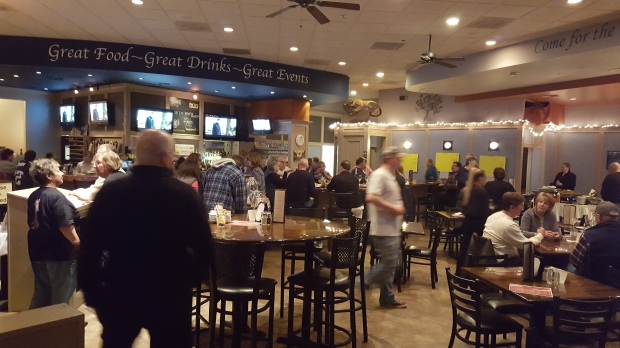 I had a great time at the event. I got to catch up with Toni’s dad and her in-laws (I get a lot of validation knowing my friends’ parents like me–because I am a crazy person). I think Toni had a good time too!